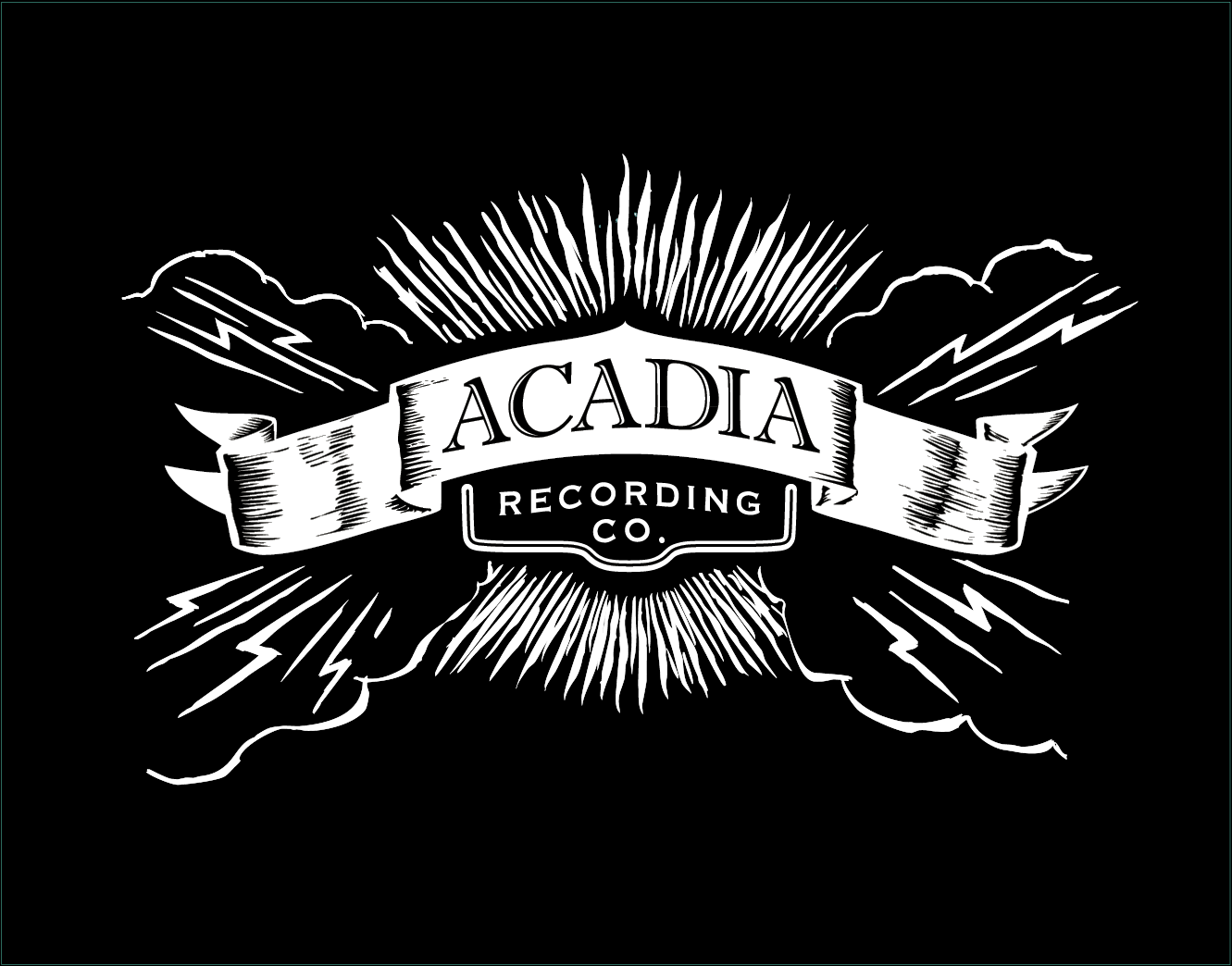 Sound mixing and voiceover recording, "How to Know if You're Dead", "Bad Breakup", "Dead Air"

“We work both as musicians and audio professionals to help make good sounding records. We love to experiment with equipment from the distant past, present, and future to achieve new and interesting sounds through both digital and analogue recording formats. Past projects have included anything between mixing previously recorded material to working with musicians to help them produce their project from the ground up. We have access to a large variety of talented musicians for all budgets and styles. Acadia continues to collaborate with community members by supporting local music events including the 48 Hour Music Festival and Damnationland. 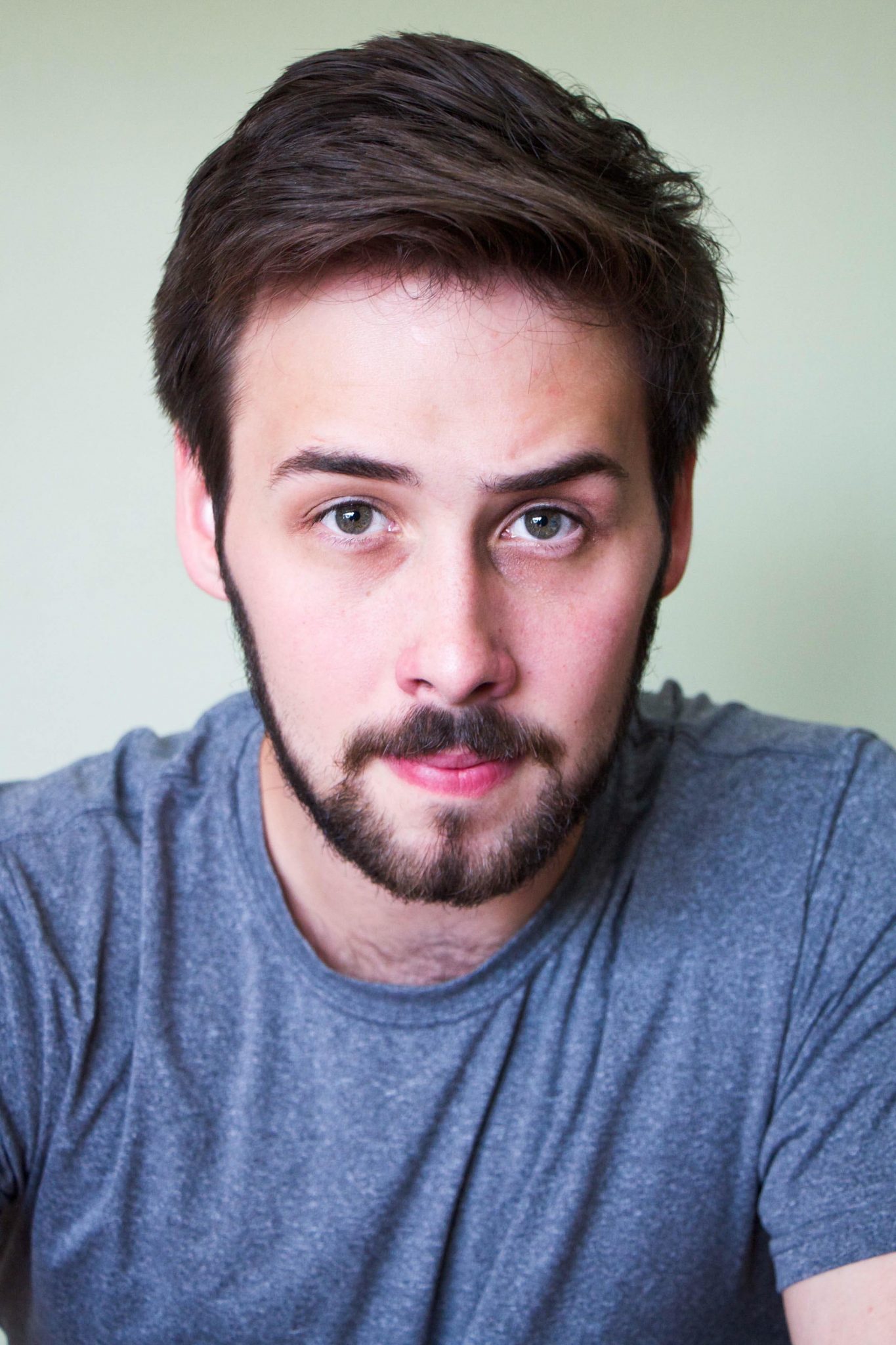 Sam Carlson has performed locally in both the Portland theater and film scene since 2013. He has enjoyed working with extraordinarily passionate and wonderfully kind creators. His plan for the near future is to move to Atlanta and use the experience that he’s gained here in Maine – an amazing place where he began his artistic journey – to advance his career in acting. 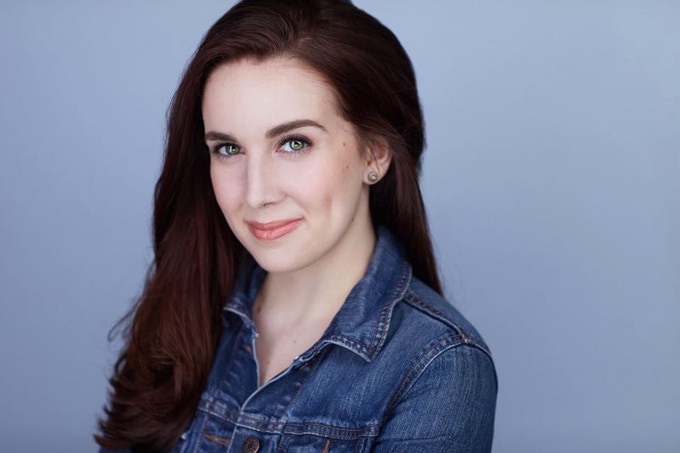 Hannah Daly is a Portland-based actress and educator. Stage credits include Emily Webb in OUR TOWN (Theater at Monmouth, BroadwayWorld’s Best Actress in a Play), Emmy in A DOLL’S HOUSE PART 2 (Good Theater), Irina in THREE SISTERS (Fenix Theatre), and Belle/Fred’s Wife in A CHRISTMAS CAROL (Portland Stage). Hannah has also been seen and heard in campaigns for Target, Hasbro, and on the Smithsonian Channel. Training: BFA in Acting from Syracuse University, Shakespeare’s Globe. A lifelong horror fan, Hannah is super excited to have had the chance to dip her toes in the genre. Follow along @hannahkdaly & www.hannah-daly.com.

Cinematographer, “How to Know if You’re Dead”

Ellis Ducharme studied Video Production at the New England School of Communication, class of 2015. He has been producing mainly music videos and a handful of shorts ever since, and recently moved to the Boston area to pursue larger opportunities. He takes much of his inspiration from Stephen King. The paranormal, horror, and all things creepy has always been his passion, and this has been the basis for a majority of his work. 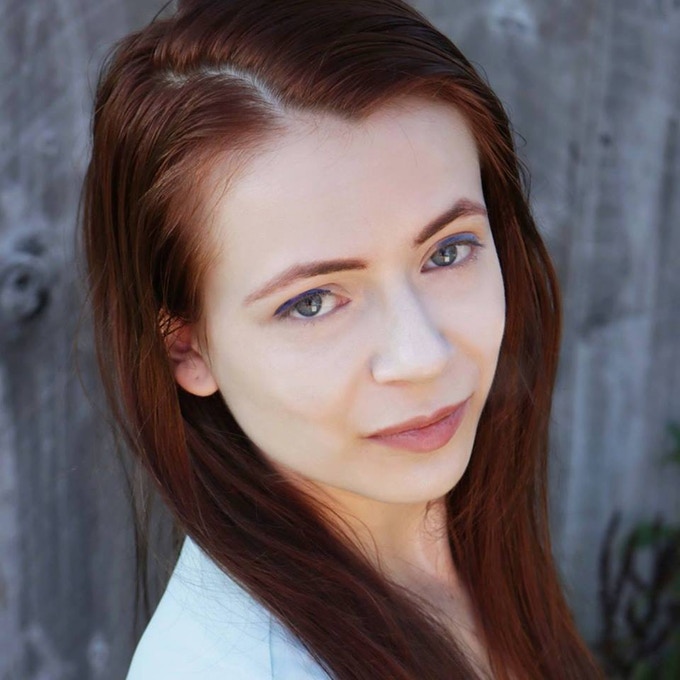 A thespian of the stage, Emily is now making her way onto the big screen with festival and independent films such as Robbie Moore’s BEGIN AGAIN and Crickett Cote’s MY BABY SAW A BIRD. Emily is a normal 20-year-old aside from the fact that she goes to Germany every summer to visit her family. 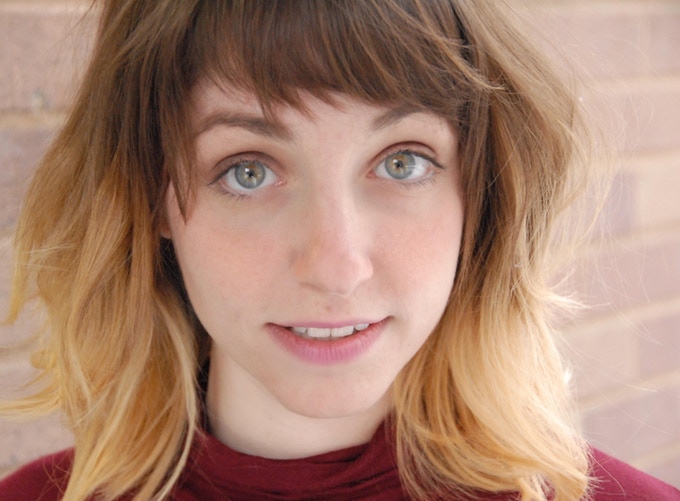 Michelle Faria is a local performer from New England. She earned a BFA in Theater Performance at Salem State University and is also a singer and songwriter. 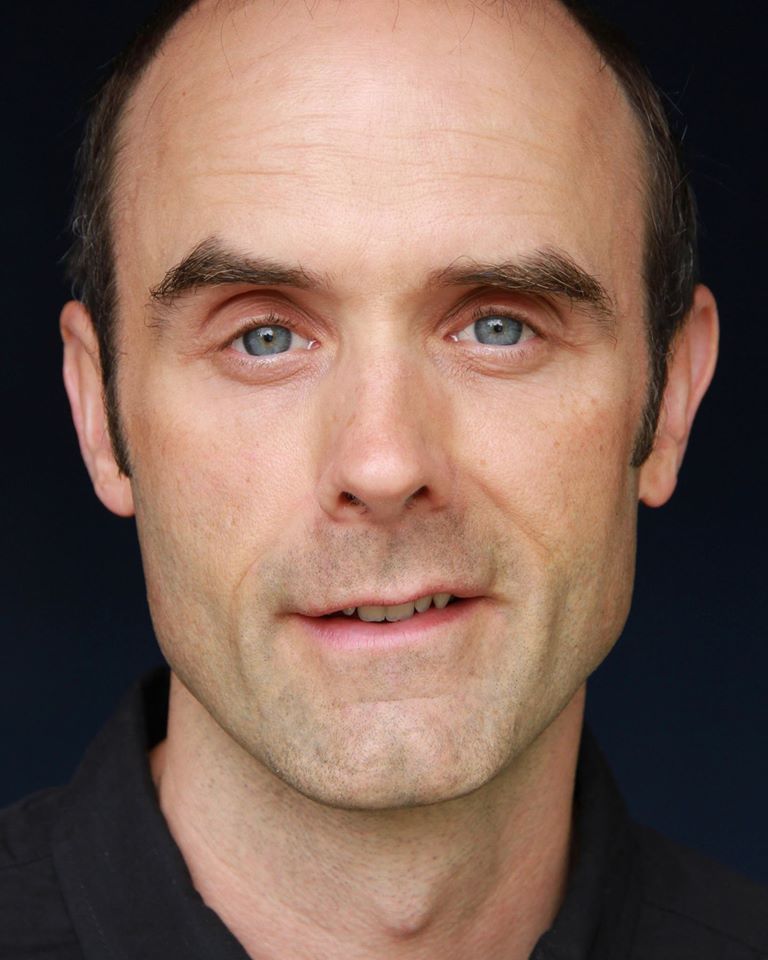 Pete Haase got the bug for being on set after being asked to be an extra several years ago. He feels an indescribable peace, yet excitement/never more alive than while acting. He has acted in over thirty films and written custom songs and soundtracks for some of his friends’ films in the Maine and Boston scenes. To learn more/connect with Pete here. 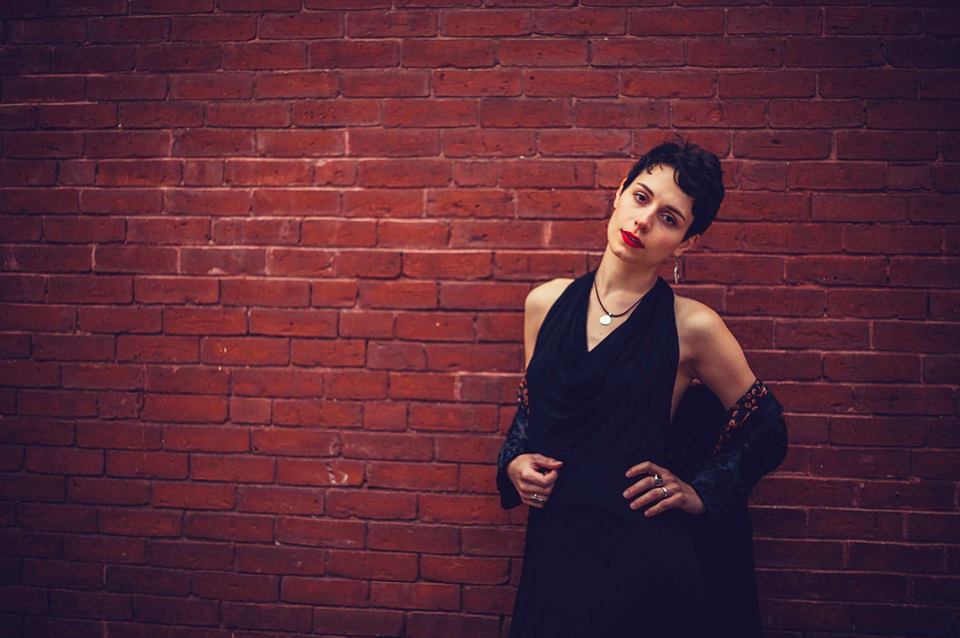 Hannah Harleen is a vocalist, voice and on-screen actress, former radio personality, and performer currently based in Portland, Maine. Most recently, she has had roles in both local and national television commercials including Joe Bornstein and Forto Coffee. She has enjoyed working with Horror director RJ Wilson on several short films in the last few years. 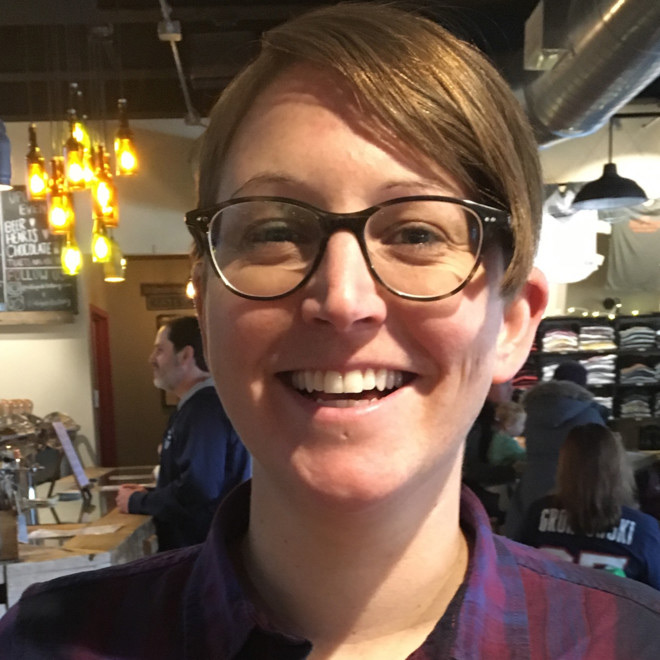 Filmmaking tugged at Jill ever since she was a child. When her family bought a VHS Camcorder, her younger brother, her cousin and she would script out short films and shoot them all over the neighborhood. As an adult, she’s done things here and there, but over the last year or so she finally realized exactly the kind of films she wants to make. Her film, Half Lost, which she wrote and directed, is her first attempt at what she hopes to be in a long line of films featuring lesbian protagonists whose dilemma has nothing to do with their sexual preference. 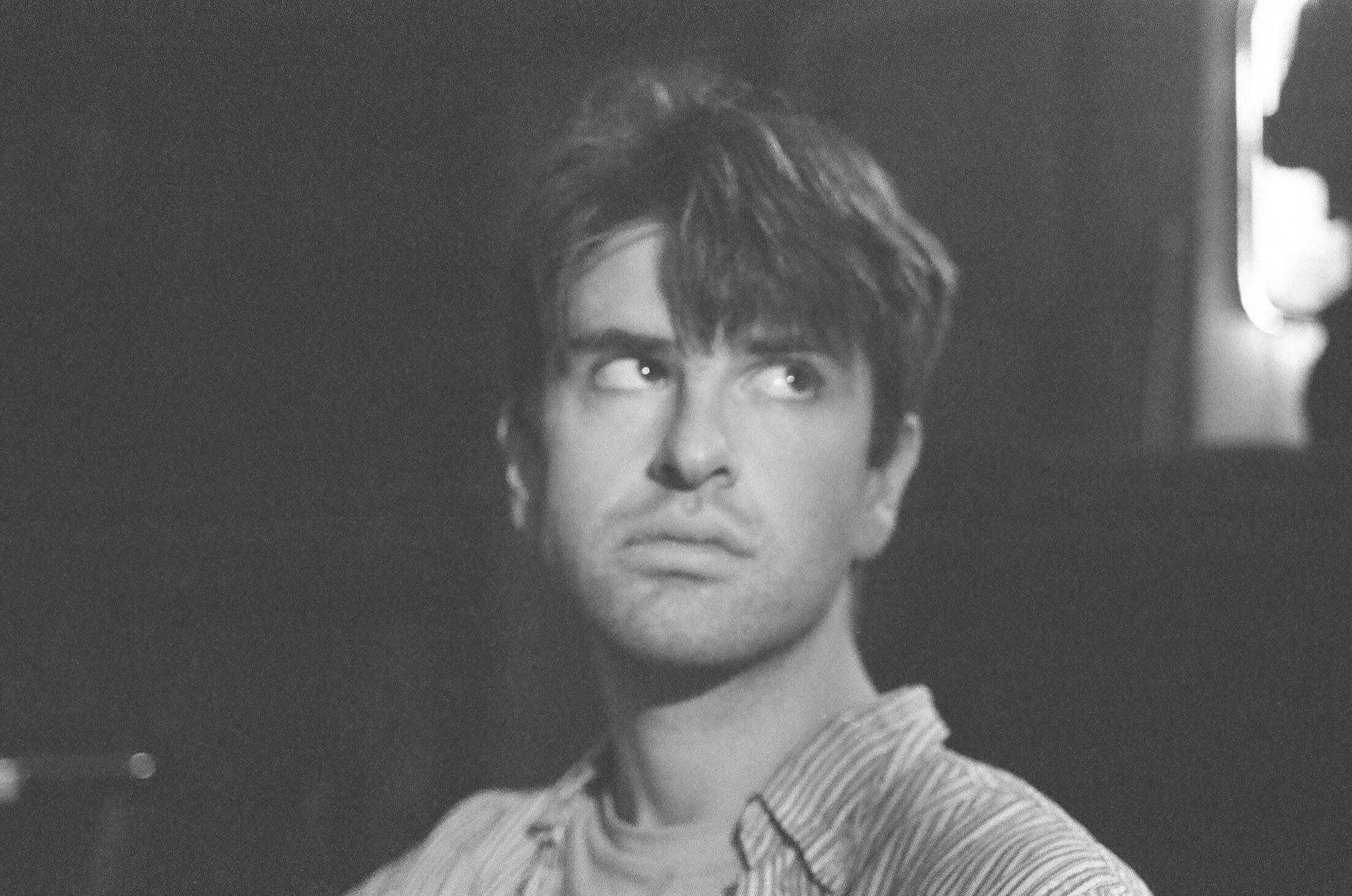 Joey fell in love with movies after seeing 2001: A Space Odyssey at the age of 11. After almost deciding to attend college for Biochemistry, he decided to pursue an education in film. Citing films such as Koyaanisqatsi and the director Yorgos Lanthimos as main inspirations for his creative style, Joseph has an eye for detail and stylized, almost voyeuristic, realism.  On the side, Joey also has a passion for making electronic music. 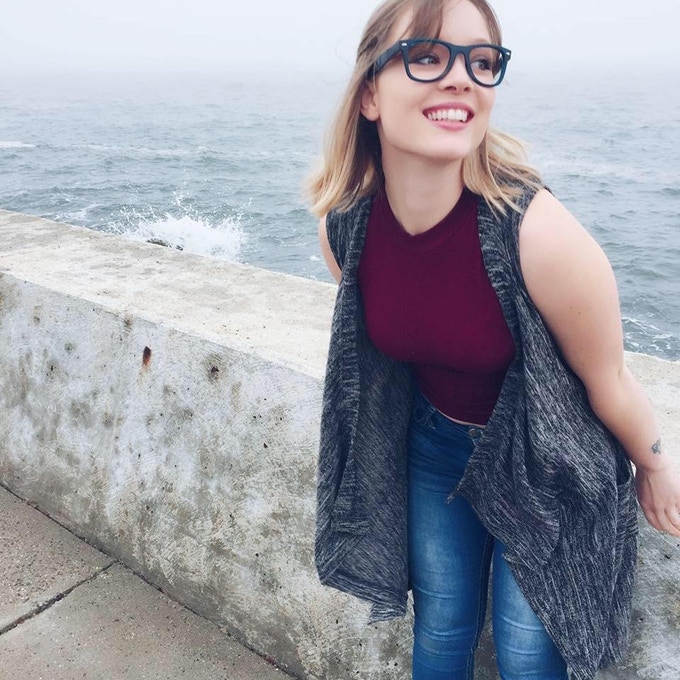 Raised on the stages of Southern Maine, she ventured down to pursue stage work in Miami, FL. Missing the slower, sweeter, side of life, she returned to Maine and soon found herself acting for film. From student films to union work to music videos and voice overs, Linda is excited to add some horror fun to the mix. 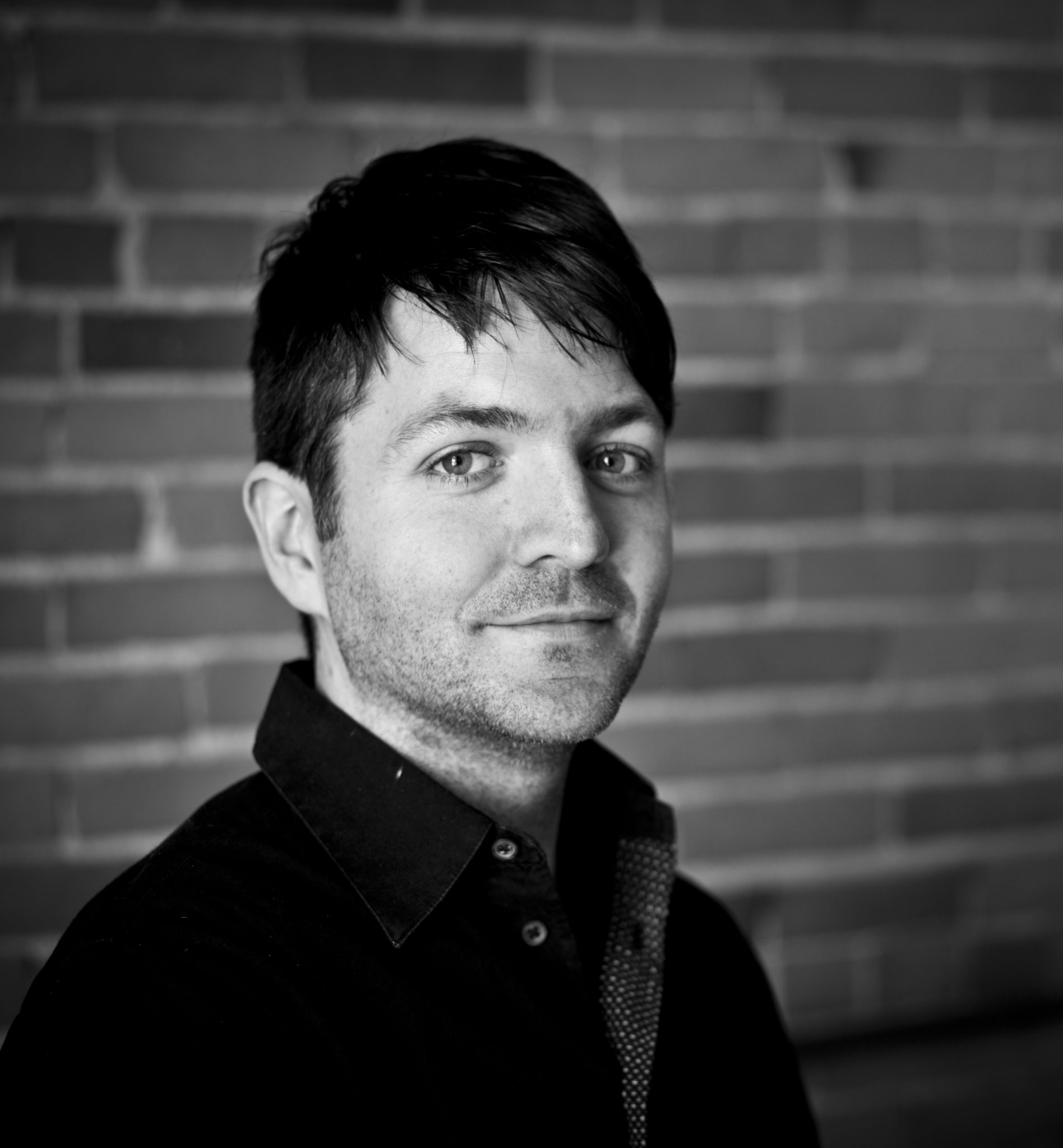 Budget Fabulous Films is the codename of secret agent David Meiklejohn, a writer, filmmaker, and installation artist who lives and works in Maine and Los Angeles. Meiklejohn made his feature-length directorial debut in 2011 with My Heart is an Idiot—a comedic documentary about love—and wrote and directed a short film about a vengeful spy for the annual Maine-based scary film anthology Damnationland. His music videos have premiered online with IFC, Vice, and SPIN, and have won awards at film festivals across the country. Awarded a Maine Arts Commission Individual Artist Fellowship in 2015, he is available for hire, for collaboration, and for adventure. 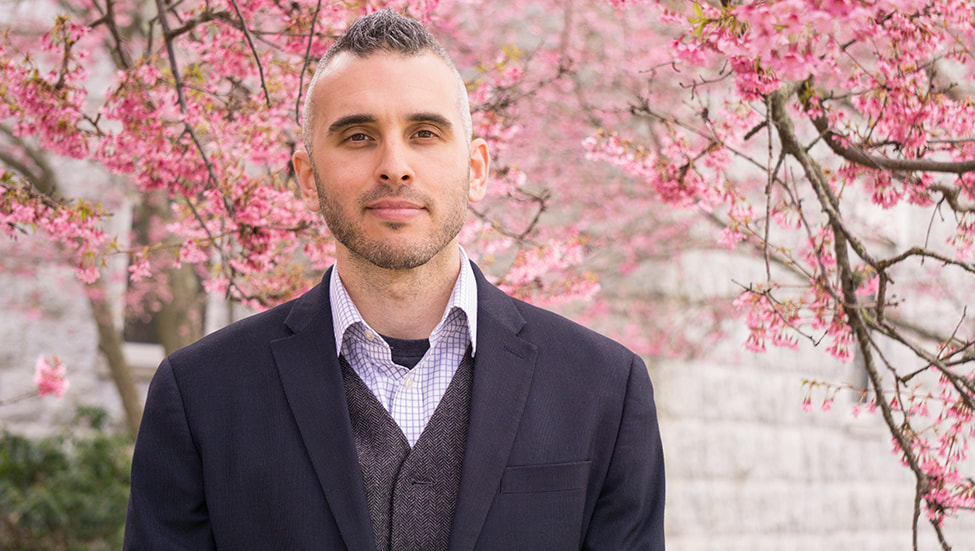 Ross has been making films with RJ since 1998’s Thanksgiving. Ross is an independent filmmaker, cinematographer, and editor whose work investigates the intersections of gender, horror, and philosophy. He is associate professor and chair of the Department of Film Studies at Connecticut College. www.RossMorinFilm.com 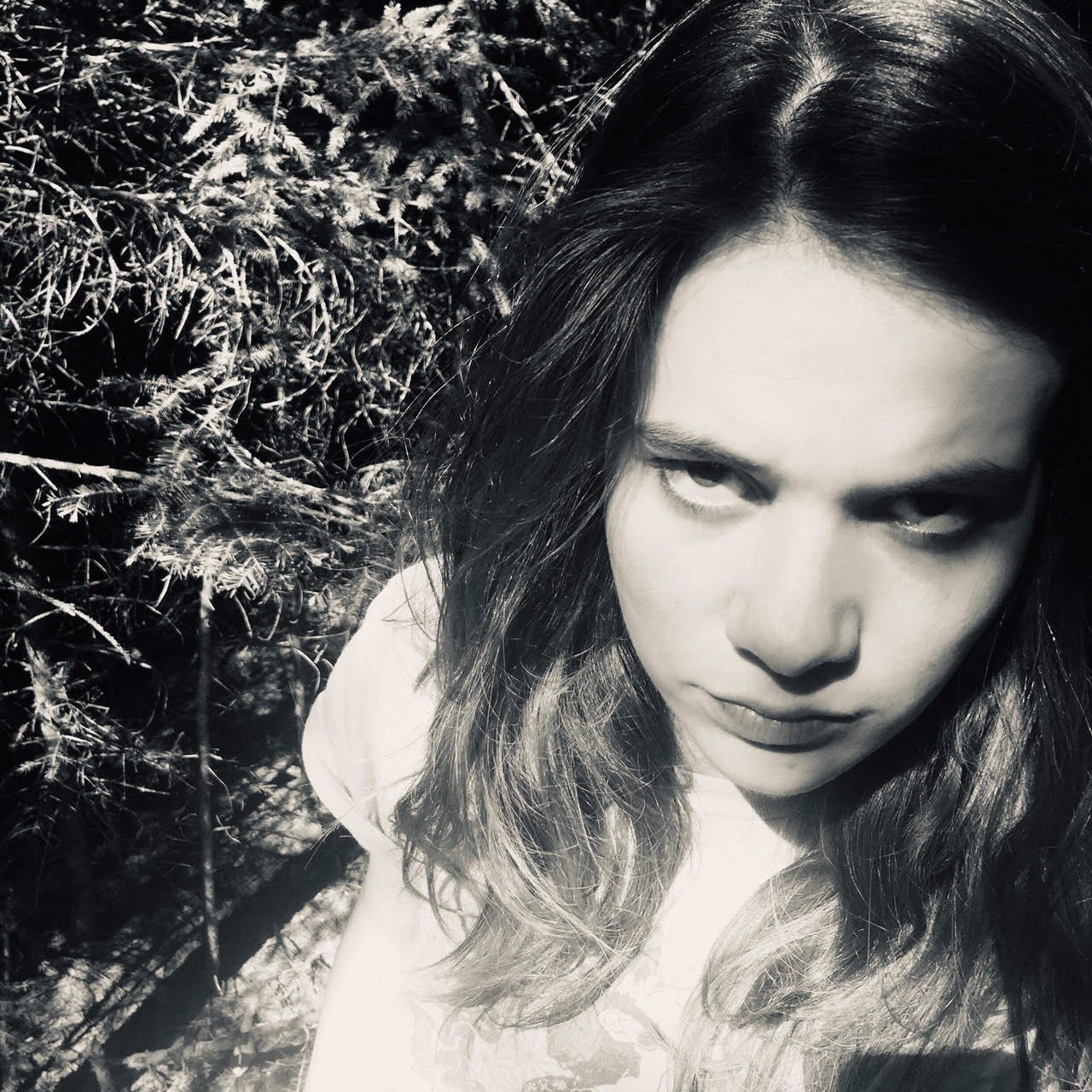 Rebecca Myshrall has been working on films in Portland for the past four years. She’s procrastinating on writing one of her own, but until then, making horror movies happen has become a bit constant in her mental frame. 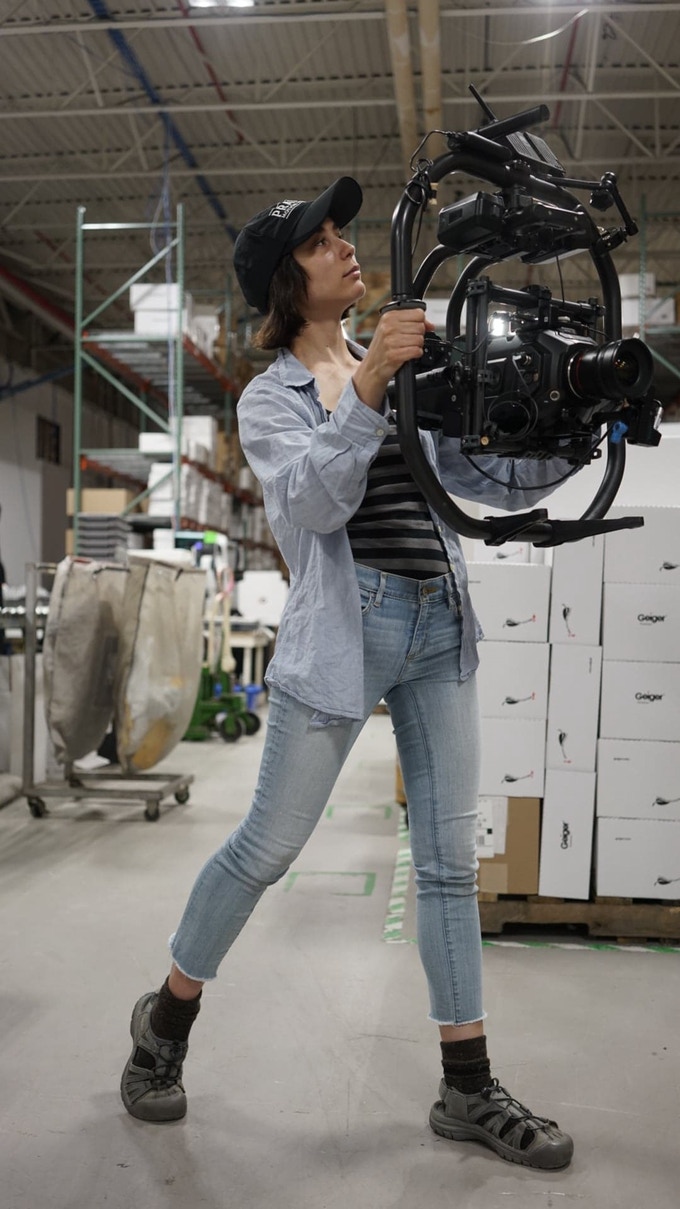 Breanna Penney is an energetic filmmaker and avid adventurer in Portland, Maine. In the past, she has interned at Lone Wolf Media, an internationally established documentary group, and Bonfire films, working on both independent and client based projects. She is comfortable in both documentary and narrative production roles, while always looking for new ways to expand her knowledge. She is now working for Praxis Motion Pictures in Portland, Maine 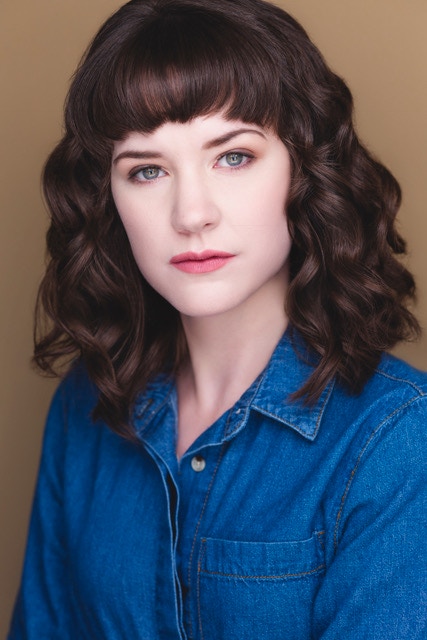 Hannah Perry is a Maine actress, originally from Buckfield. She studied theatre at The University of Southern Maine and now acts in plays and films of all kinds! Hannah currently lives in Augusta with her boyfriend Mike and their dog Hank. You may have seen her in The Party at Damnationland 2018. Hannah is honored to participate in Damnationland once again and with so many cool and spoooooky folks!

A “Jack of all trades; Master of none” hobby collector, Lauren Pinkham-Ruby found herself in full face gore makeup in the late hands of eve one night,  and only fell more in love with creating at home organs, skulls,  scabs,  etc…  with things that were available to her on sleepless nights. Hobbies include: sculpting miniature dinosaur pinup figurines, writing music with headlining bands such as: PERPETUAL SNOT, Bruce Willis’ Dong,  and an up and coming band named HellRaisins; a ‘California Raisins’ inspired band whose songs are based on ‘Hellraiser’, and crocheting. 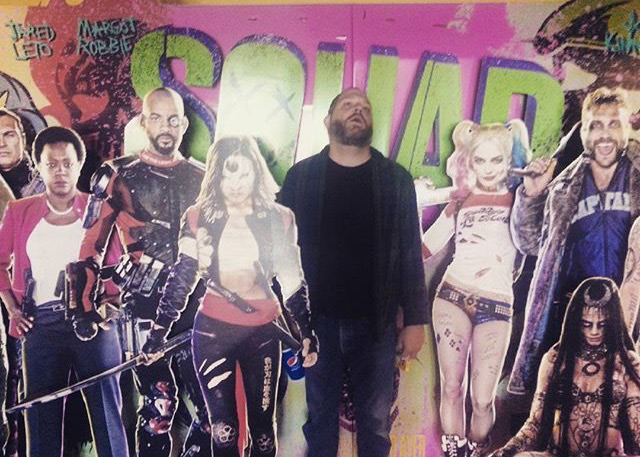 Wayne is a musician, artist, and actor based out of Southern Maine. In addition to playing a wide range of roles, from murder victims to straight-up corpses, his other artistic endeavors include drawing the album covers for Eyeball’s “7 Minutes in Hell” EP and Werewolves on Wheels’ “Satan”, as well as the R.J. Wilson Horror typography. He is currently the vocalist for cokecore band, Eyeball. 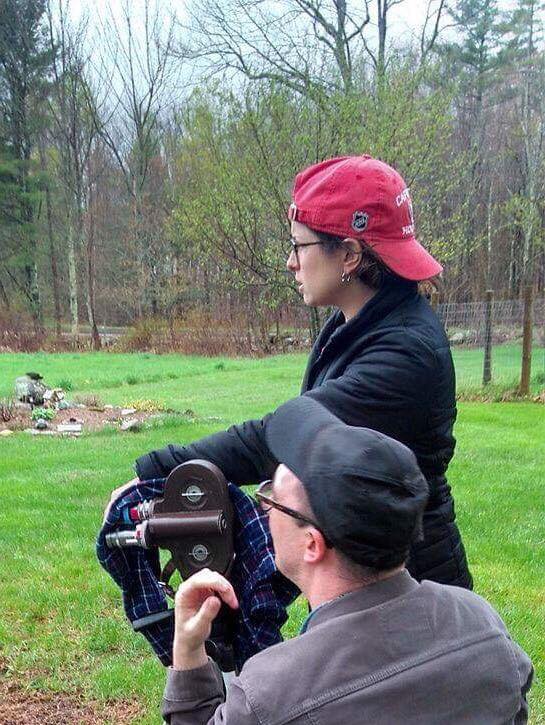 Cinematographer, "Under Dusk, She Screams"

Patsie grew up in Bushkill, PA, where she fell in love with filmmaking at an early age, leading her to a seven year role as a 35mm projectionist at a local movie theater. After receiving her Master’s degree in Film Production from Ohio University, she worked as a newspaper delivery driver, a hospital security guard, and a firearms instructor, before landing a gig in television. While working for these large corporations, she found that it lacked a real sense of community and humanity. She would go on to DP several horror shorts (including the Jessie Seitz-directed and George Cameron Romero-produced Obsidian) and embraced the horror community as whole, finding that they actually care about their work and about each other. She is now teaching Digital Media Technologies at ESU. 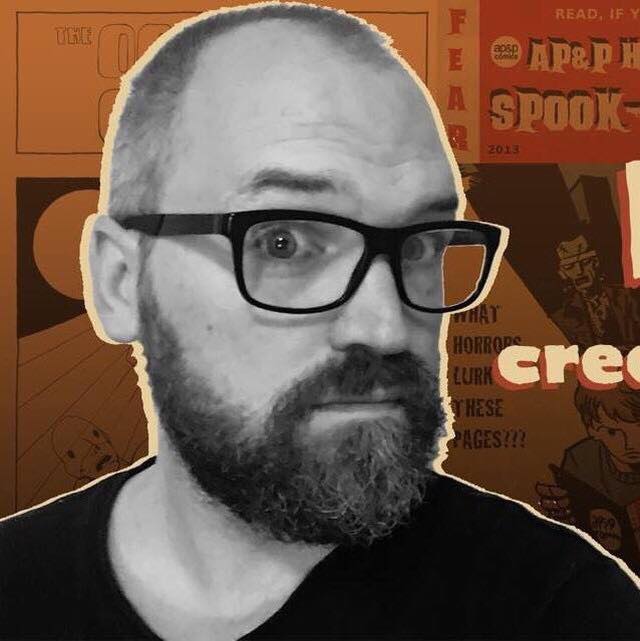 Speaking in the third person, Ryan Wing is currently located in Maine where he resides, having completed his BFA at the University of Southern Maine. He lives in Topsham with his amazingly talented and beautiful wife, Sarah-Jane, their adorably cool sons, Eliot and Finnegan.

Meanwhile, Ryan was one of the founding members and contributors to AP&P Comics, where he edited, illustrated, and designed comics, dabbling with writing when allowed. Ryan looks forward to many more projects with his own company, Unexpected Press, involving collaborative locally created anthology pieces and in-school tutorials. For a list of published works, check out his profile at the Comic Book DB website.

Aside from these great details, Ryan is in the bands A Century of Fakers and Fans of Sleep (also the now departed Holland Holland). He plays guitar, sings, plays bass, makes noise, etc.

Thank you all for attending, refreshments are out the door and to the right.